A recession may start by the end of 2020

A recession may start by the end of 2020: Karvy Stock Broking CEO

Gold is likely to continue to do well and we recommend investors should invest in Gold, Rajiv Singh, CEO, Karvy Stock Broking, said.

Q: Do you think the global economy is heading for a recession?
A: BoFA-ML fund manager survey revealed that 34 percent of them expect a recession in 12 months, the highest since 2011. This is not surprising, given that the US yield curve has inverted recently.

Worries about the global business cycle have been around for a while, given that this is now the longest expansion in history. Data from China, Europe, and Japan has been weak for a while.

The US economic data remains strong but does point to a deceleration. The inversion of the yield curve, if persists, can be regarded as an indicator of a recession.

When a global recession arrives, the Indian economy would suffer as well, both due to the direct economic impact but more so on account of the indirect linkage via financial markets.

I fear that a recession may start by the end of 2020 or early 2021, and for now, investors should remain invested in equities, but at the same time remain vigilant

How are things looking for Indian markets?
A: The Indian market faces its own set of challenges, largely the downturn in the economy resulting in poor corporate earnings.

We believe that the economy is likely to bottom in Q2FY20 and recover from that point. Government stimulus can make the recovery stronger.

Q: How did India Inc. fare in the June quarter earnings?
A: Earning for the quarter that just ended fell 10.8 percent, making it the worst quarter in the last two years. Also, while the weakness was well anticipated, earnings were below consensus by close to 5 percent.

The weakness was largely led by autos and metals whereas banks and select consumer companies did well.

The September quarter is likely to be a bit better. Firstly, earnings downgrades mean expectations will be lower, secondly the economy is likely to stabilize in Q2FY20, and lastly, the lagged impact of commodity prices will be a tailwind for earnings.

Overall, we expect flattish growth in earnings in Q2FY20.

Q: Auto sector has been under pressure with more firms opting for shutdowns. Do you think this sector could produce wealth creators?

A: The sector is likely to witness continued weakness through FY20 not only due to weak consumer sentiment, inventory build-up but also due to BS-VI transition.

A temporary cut in GST or other measures can help provide temporary relief, but growth is likely to return on a sustainable basis from FY20-21.

Rising incomes, aspiration appeal of autos and low penetration, especially outside the metros along with lower valuation of auto stocks make them appealing for investors with a horizon of 2 to 3 years.

There is no recession in the country 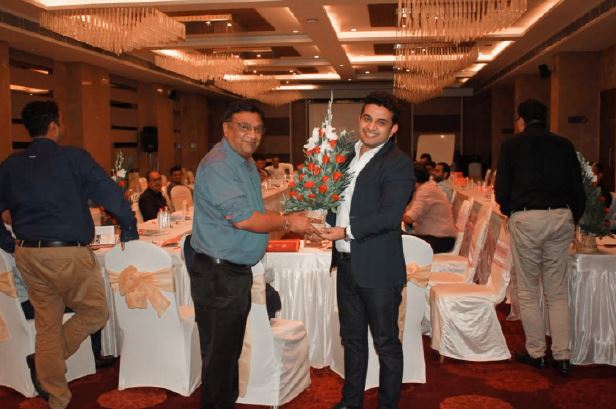 It was a great gathering of Laminate