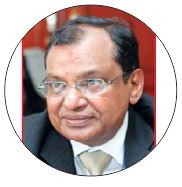 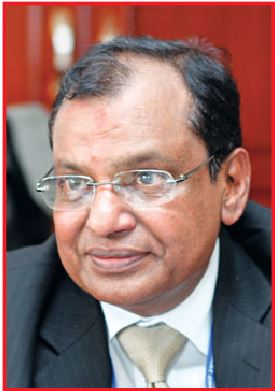 1. In deference of your request to suggest measures to protect Deepak Phenolics, we suggest raising the Basic custom duty from 7.5% to 10% (the limit under WTO) as sufficient Tariff barrier.

2. It is true, majority of imports are happening from Thailand because of close proximity geographically saving the lead time from ordering to arrival and perhaps the result of duty exemption of 2.5% under ASEAN FTA.

3. If the Govt. is satisfied with the need to protect the domestic industry, it can withdraw the concession following the India-ASEAN Trade in Goods Agreement (Safeguard Measures) Rules, 2016 by imposing duty to the extent of duty foregone i.e. 2.5% (7.5%-5%) provided there is serious injury. This is an automatic route and would not take much time.

4. A general Safeguard measure is an extra ordinary and dangerous move. While GOI levies and collects Safeguard duty on one hand, such collections are handed over to exporting country govt. on the other. The measure retards growth of downstream consumer industries which is detrimental to domestic industry of product sought to be protected by SG measure. Your recommendation to DGTR is perverse and must be withdrawn.

5. What inter-alia ails the Domestic Industry is the high capital cost, recurring cost of finance. In considered view of FIPPI, GOI in DCPC must consider and recommend a substantial subsidy on capital cost without limit and at least 75% subsidy on recurring interest to create a level playing field for the domestic product as the one and only efficacious measure this or any other industry involving high capital cost and working capital rather than seeking to impose such measures as would definitely retard the growth of consumer industry as its arbitrary and absurd measures has led to. International cost of finance is less than 2.5% PA whereas Indian cost is more than 9%. Thus, it is where the serious injury to DP lies. Neither mandation of BIS mark in its present format or safeguard or ADD and/or quantative restriction would be of any help. These are all retrograde measures. The theory of public interest in protective measure has been proved to be mere rhetoric that does not help anyone.

6. It is an admitted position of domestic industry that Indian petroleum feed-stock prices are significantly higher than international pricing of comparable products. One of the reasons is non-availability of ITC on such feed stocks incurred at several stages from crude to recovery of Benzene. The Govt. can consider and recommending imposing CVD on imported Phenol corresponding to effect of such CVD on domestic feed stock used by Indian Industry to the extent of ITC at several stages from Crude to Benzene, disallowed by UOI as its policy. This is WTO compliant whereas all other measures such as BIS or QR as envisaged are non-compliant.

Honourable Sir, FIPPI begs to submit that prices in the market are determined by market forces in general and conditions of demand and supply in particular. Market forces are ever evolving and no price agreements have any durability. The phenol industry has established cyclic pricing behavior precedence. The lowest price during 2008-09 global recessions has seen low of USD 350/MT.

This is not predatory actions of producer but compulsions of capacities rendered unsustainable for the time being, growing inventory attribute to weak demand and several other negative economic factors operating simultaneously. Any protective measure by Govt. would only destroy downstream base.

Suggestion of DP for a meeting with consumers in Mumbai to discuss on to allay the fear of import restrictions will no fetch any tangible results. Besides, the actions fall in the mischief of Anti-trust laws in India and abroad whereby actions can be brought in foreign jurisdictions by the competitors, if not in India. FIPPI also believes that any such discussion much less an agreement amounts to price-fixation under Competition laws in India, to which neither FIPPI nor its constituent would like to be a party and commit any impropriety.

FIPPI has made three suggestions to help DP. It is up to your honour to examine these and make suitable recommendations to PMO than to recommend imprudent shortcut methods of TBT or QR.
We urge your honour to terminate any and all actions initiated by DCPC at the behest of DP which has time and again been proved to be founded on heresy, conjectures and utter falsehood. Administrative propriety requires that DP is reprimanded suitably for perjury before GOI while pursuing illegitimate purposes.

With this we commend our views and submissions to your honour,
Faithfully Yours, 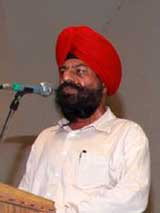 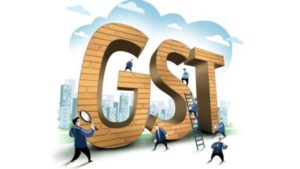