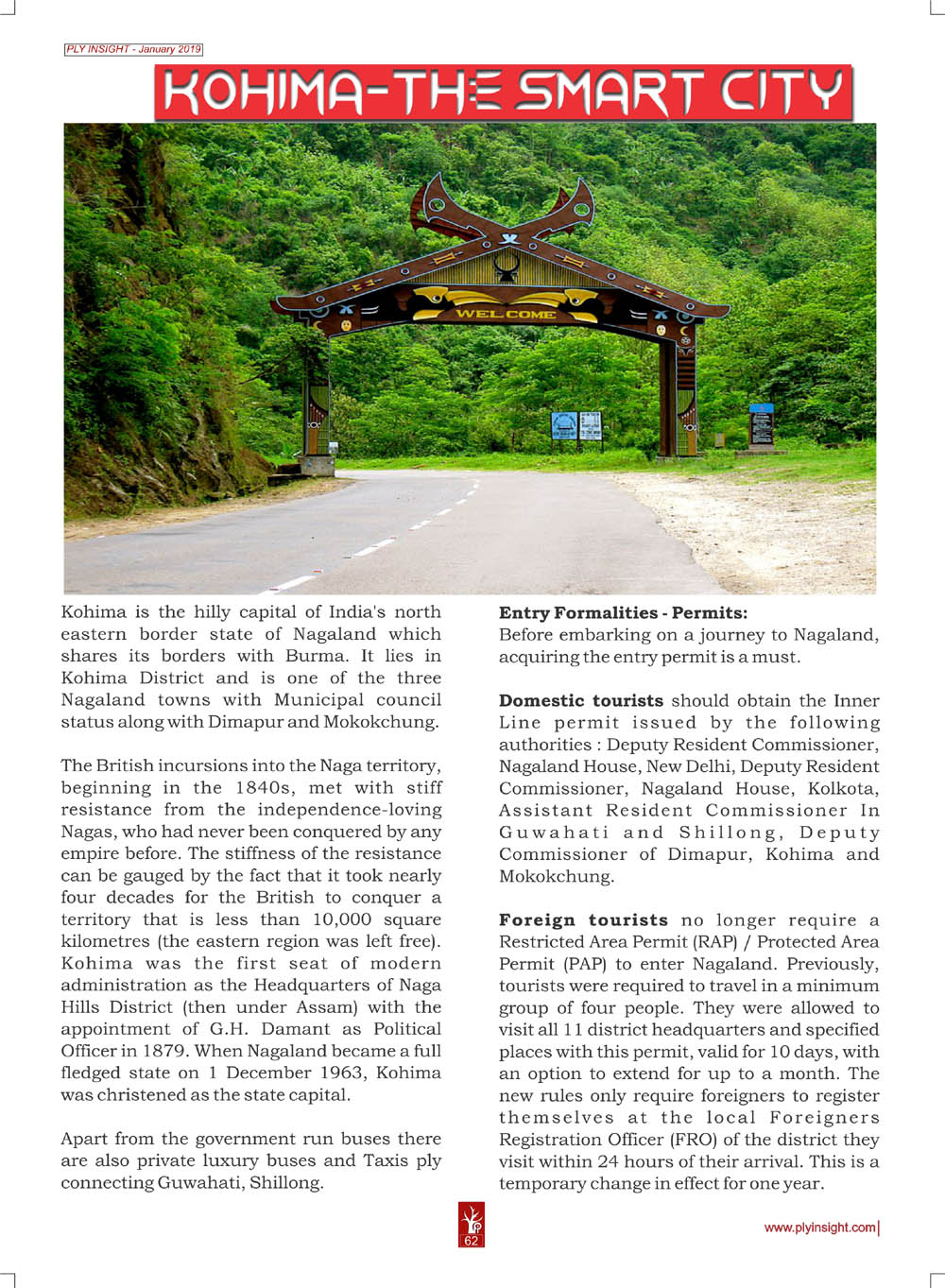 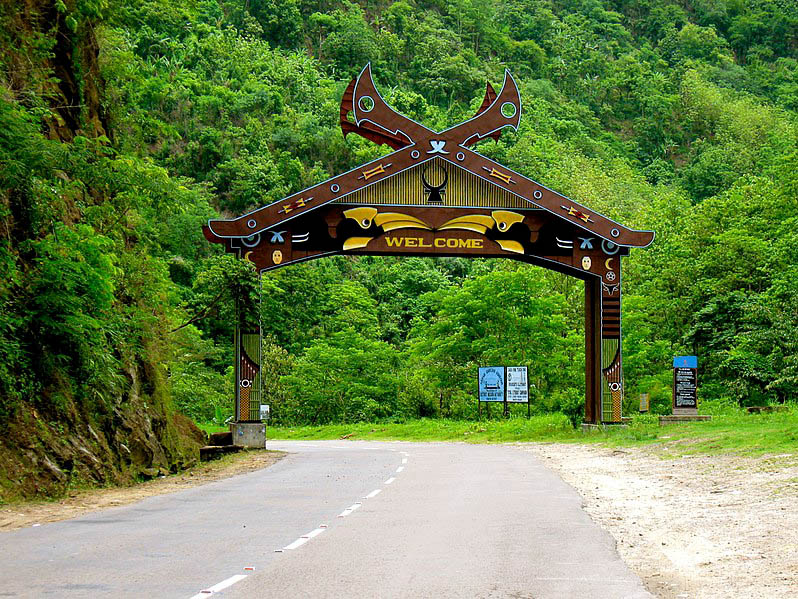 Kohima is the hilly capital of India’s north eastern border state of Nagaland which shares its borders with Burma. It lies in Kohima District and is one of the three Nagaland towns with Municipal council status along with Dimapur and Mokokchung.

The British incursions into the Naga territory, beginning in the 1840s, met with stiff resistance from the independence-loving Nagas, who had never been conquered by any empire before. The stiffness of the resistance can be gauged by the fact that it took nearly four decades for the British to conquer a territory that is less than 10,000 square kilometres (the eastern region was left free). Kohima was the first seat of modern administration as the Headquarters of Naga Hills District (then under Assam) with the appointment of G.H. Damant as Political Officer in 1879. When Nagaland became a full fledged state on 1 December 1963, Kohima was christened as the state capital.

Entry Formalities – Permits:
Before embarking on a journey to Nagaland, acquiring the entry permit is a must.

Foreign tourists no longer require a Restricted Area Permit (RAP) / Protected Area Permit (PAP) to enter Nagaland. Previously, tourists were required to travel in a minimum group of four people. They were allowed to visit all 11 district headquarters and specified places with this permit, valid for 10 days, with an option to extend for up to a month. The new rules only require foreigners to register themselves at the local Foreigners Registration Officer (FRO) of the district they visit within 24 hours of their arrival. This is a temporary change in effect for one year.

Dzukou Valley
The enchanting Dzukou valley with its emerald green rolling hills, interspersed by gentle flowing stream, is tucked away at an altitude of 2,438.4 metres. It is about 30 km south of Kohima. It is a trekker’s delight. Though Dzükou is known for its bio-diversity the predominant plant is the tough bamboo brush. It looks likes a fully mown lawn from afar.

This valley is well known for its natural environment, seasonal flowers, flora and fauna. The enchanted valley will leave you mesmerised with its scenic beauty. The North Eastern Valley of Flowers is a sight to behold and a trekker’s delight.

Khonoma Green Village
Khonoma ‘Green Village’ is a Rs. 3 crore project sponsored by the Ministry of Tourism, Government of India and the department of Tourism, Government of Nagaland. Since its inauguration by Nagaland Chief Minister Neiphiu Rio on 25th October 2005 it has become a model for all villages in Nagaland and other states to follow. Khonoma, one of the oldest Angami Villages has shown the way for others to follow.This Village lies 20 km west of Kohima . The beautiful terraces which are carved out of the hill slopes surrounding the village are a sight to behold. These terraces grow over 40 types of paddy at different elevation. The Khonoma people fought a series of battles with the British intruders and finally in the famous battle of Khonama in 1879 thier resistance fell and they made peace with the British. The Blyth’s Tragopan, an endangered pheseant of the state is protected by the Khonoma Nature Conservation and Tragopan Sanctuary. This sanctuary which covers an area of over 30 sq km now comes under Khonoma Green Village Project.

Japfu Peak
This is the second highest peak in Nagaland and stands 3048 metres above sea level. It is about 15 kms south of Kohima. The best seasons for climbing this mountain are from November to March. In the Japfu range, one can find the tallest Rhododendron tree, which is featured in the Guinness Book of world records. It is over 109 ft tall and the girth at the best measure more than 11 ft. it is a thrill to experience the sunrise from the hump of Japfu peak in November.

Kisama Heritage Village
Kisama is 12km from Kohima on the National Highway number 39. The gentle slope at the base of a steep mountain peak is the venue for the famed Hornbill Festival.The Heritage Village is designed in the form of an ancient Naga village to give an authentic feel of a true Naga village and the experience of traveling back in time.
The Hornbill Festival is a major event that take place within the confines of this heritage village . It is a yearly feature held from 1 to 7 December, where a visitor gets an opportunity to get a ring side view of the richness and uniqueness of the Naga heritage, Its people and culture.

This village which is 41 km from Kohima is chosen by the Tourism Department for the promotion of the common Angami Sekrenyi festival celebration during February 25-27 every year. Sekrenyi is a festival of purification and revolves around rituals and ceremonies of cleansing the village well. It is believed that the purified water washes away the diseases and misfortunes. Thereafter begins the celebration of the festival, which includes singing, dancing and feasting throughout the day. The village has a conserved area where one can trek and get an exhilarating experience.

Tseminyu
This town, which is the ancient migration route of many Naga tribes heading northwards looking for new settlements and cultivation grounds, is the home of the Rengmas. Old sites of abandoned villages with the remains of graveyards, gravestones, broken pottery etc still tell the ancient tales of the people that inhabited this town over the centuries. This offer perfect site for archaeological tourism and preservation, but time is running out for such activities because every cycle of Jhum (Terrace) cultivation exterminates a slice of this ancient heritage.

Dzulekie
Mithun (Bos Frontalis) or Bison has been the witness of the Naga Culture and civilization over the centuries. From embellishing headdresses to house walls, from being domesticated to being hunted, these magnificent animals have found their way to being dubbed as the State Animal of Nagaland. The hilly terrain of Dzulekie, located 40 km west of Kohima at a height of 2133.6 m, is dotted with these animals peacefully grazing on the wayside and the fields. The stream that cuts through this terrain provides habitat to a rare species of Rainbow Trout.

SEKRENYI
The Angamis celebrate Sekrenyi in the month of February, and it normally falls on the 25th day of the month of “Kezei.”The ten-day festival is also called Phousanyi by the Angamis.

The festival follows a circle of ritual and ceremony, the first being ‘KEZIE”. A few drops of rice water taken from the top of the jug called “ZUMHO” are put into leaves and placed at the three main posts of the house by the lady of the household. The first day begins with all young and old men going to the village well to bathe.

Best Time to Visit
The capital city of the northeastern state of Nagaland, Kohima is an ideal place to have a memorable and peaceful vacation. The best time to visit Kohima is between the months of October and May. These months are conducive for sightseeing and other activities.
The summer months from Match to June are slightly dry when the temperature ranges between 20°C and 36°C. Occasional rainfall are common during this time in the city. From July to September, heavy rains drench the whole city. But, the place look extremely beautiful and lush surroundings are a delight.

October and November mark the winter season in Kohimam when the temperatures remain between 5°C and 30°C. The winters stay till February. Snowfall is extremely occasional.

Intanki Wildlife Sanctuary Kohima
One of the most popular tourist attractions in Kohima, Nagaland, the Intanki National Park has a total area of 202.02 kilometer square. Declared as a National Park in the year 1993, it is home to varied wildlife, which includes Golden langur, Hoolock gibbon, Palm civets, Tiger, Sloth bear, Wild dogs, Flying squirrel, Black stork, Monitor lizard, Python etc. The vast stretch of equatorial forest is known for its scenic beauty and semi-tropical vegetation. In the year 2005, the park was declared as an elephant reserve by the government.

Learn
Hand knitting from the famous Naga shawls from Naga women. One can find many women knitting these shawls in their verandahs. Just ask them to teach you and they will be most helpful in doing so. Nagans are among the most helpful people towards visitors.

Eat
People in Nagaland have a much westernized way of eating. Pork, beef, mutton, chicken and also lots of jungle animals are eaten. People are 100 percent non-vegetarians. Try the local rice beer (preferably home brewed) called zouthou, and if you love pork you should definitely try pork cooked with (fermented) bamboo shoot in naga style and if you love spicy food you should try the naga chutney made with (hot/spicy) green chillies and not to forget the spicy beef pickle made with Rajha Mircha (an exceptionally hot chilli pepper).

Livestock is another key economic factor of Nagaland which includes fishery, animal husbandry, cattle farming, piggery and poultry. There are many industrial units in Nagaland that provide a major boost to the economic development of the state. The medium scale industries of Nagaland that generate huge amount of revenue are located in various parts of the state. 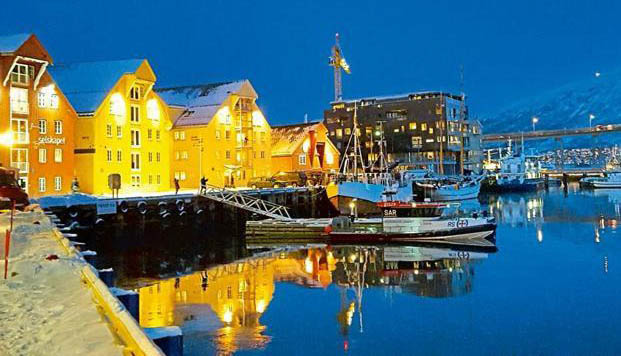 The state of Nagaland boasts of a huge stock of minerals too like that of coal, natural gas, decorative stones, petroleum, marble, nickel, cobalt-chromium bearing magnetite and so on. The banks located in Nagaland are also known to be a major facilitator in the economic progress of the state. The tourism industry of Nagaland is counted as one of the prime contributors of economic enhancement of the place. This is because with its rich natural treasure Nagaland attracts thousands of tourists within its premises round the year.

There is no denying the fact that economy of Nagaland is the symbol of the progressive and rapidly growing phase of the state.

Industry
The development industry in Nagaland has provided an impetus to the economic growth of this north eastern state of India. The proliferation of large scale and medium scale industries has helped to raise the standard of living of the local inhabitants of Nagaland.

Endowed with ideal infrastructure, Nagaland supports several industries. Some of the well known industries of the north eastern state of Nagaland are:

Some of the leading industrial organizations, processing and manufacturing plants in Nagaland are:

The economy of Nagaland has received a boost from the development of several industries. 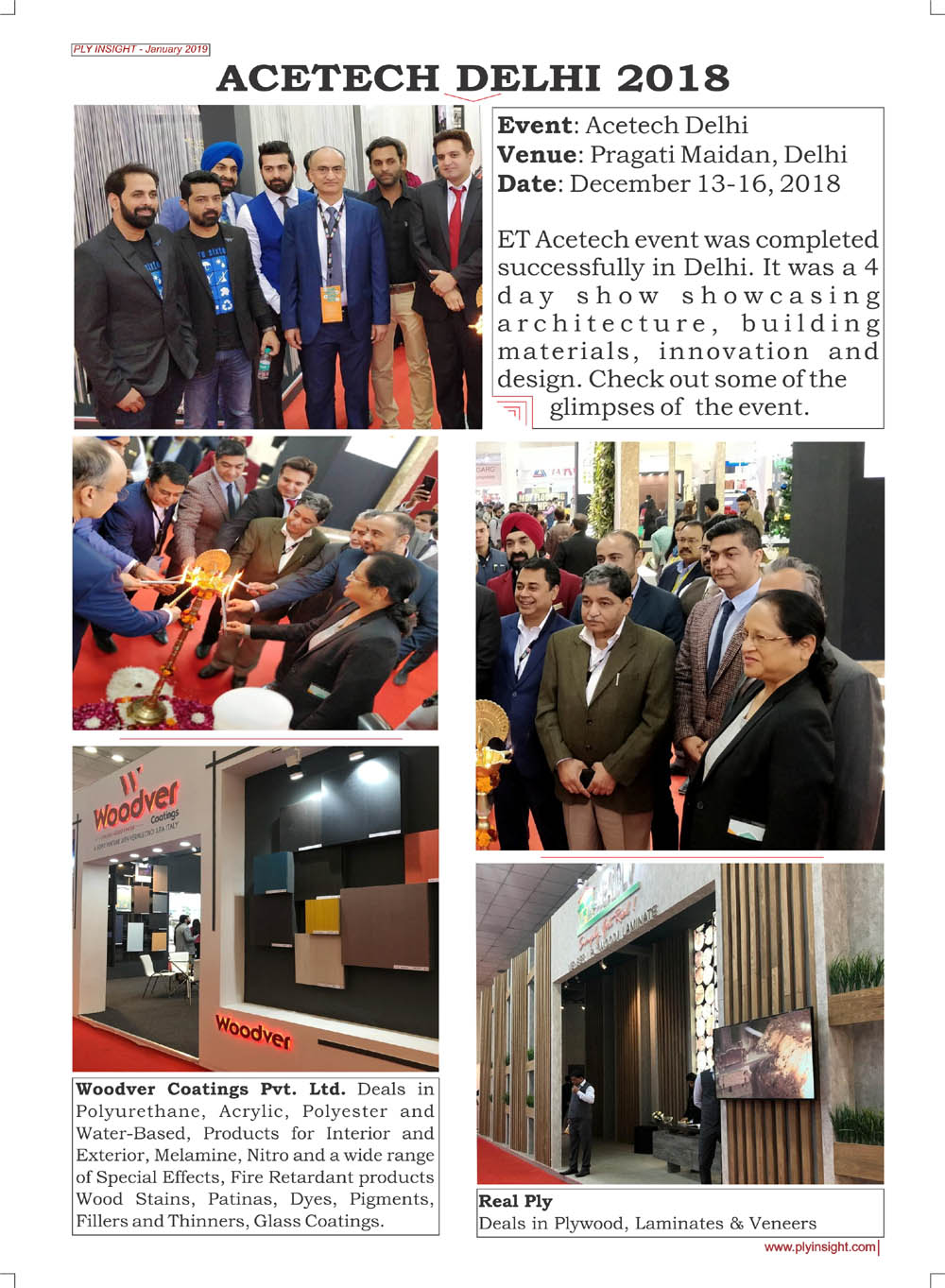 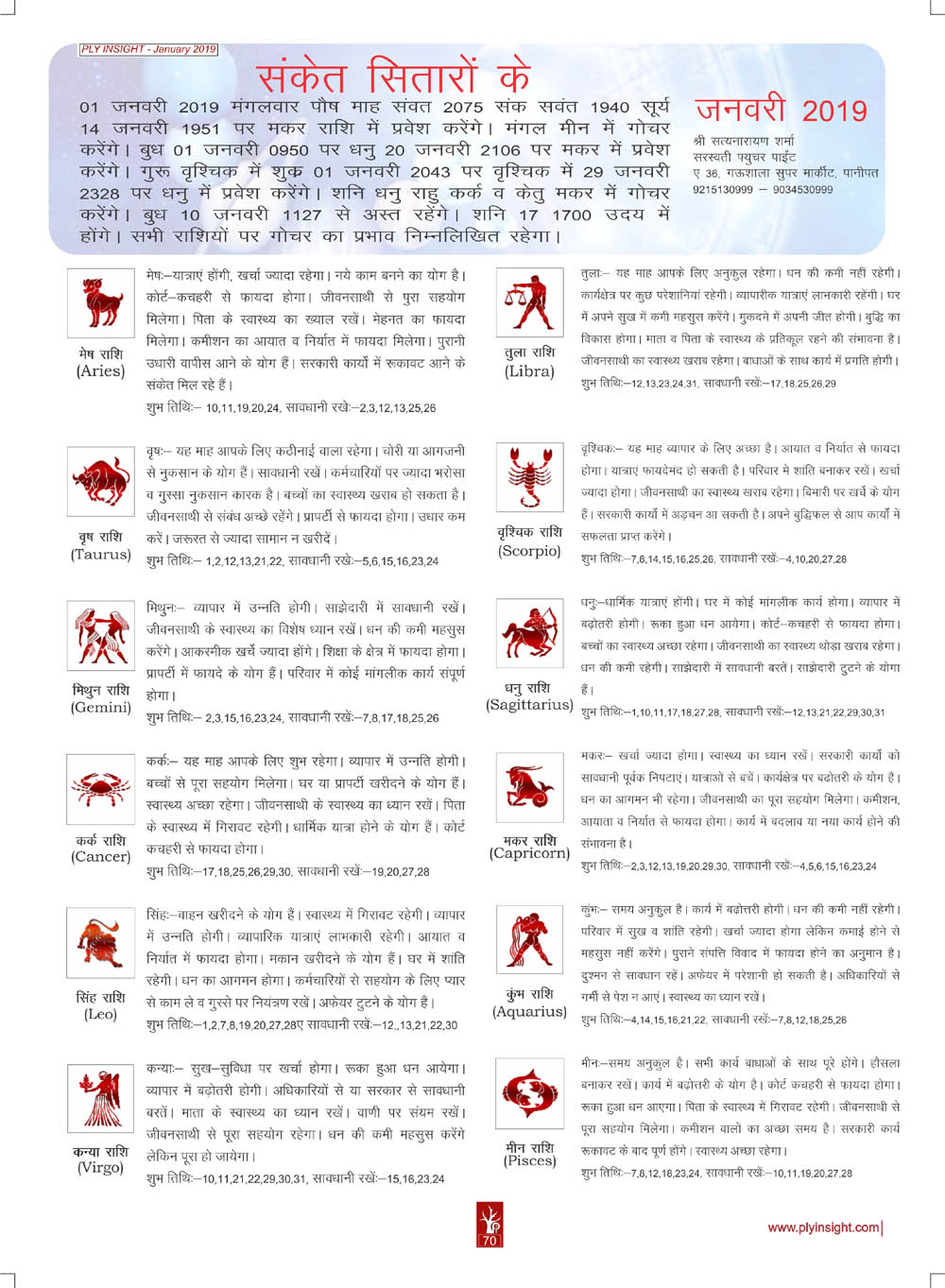