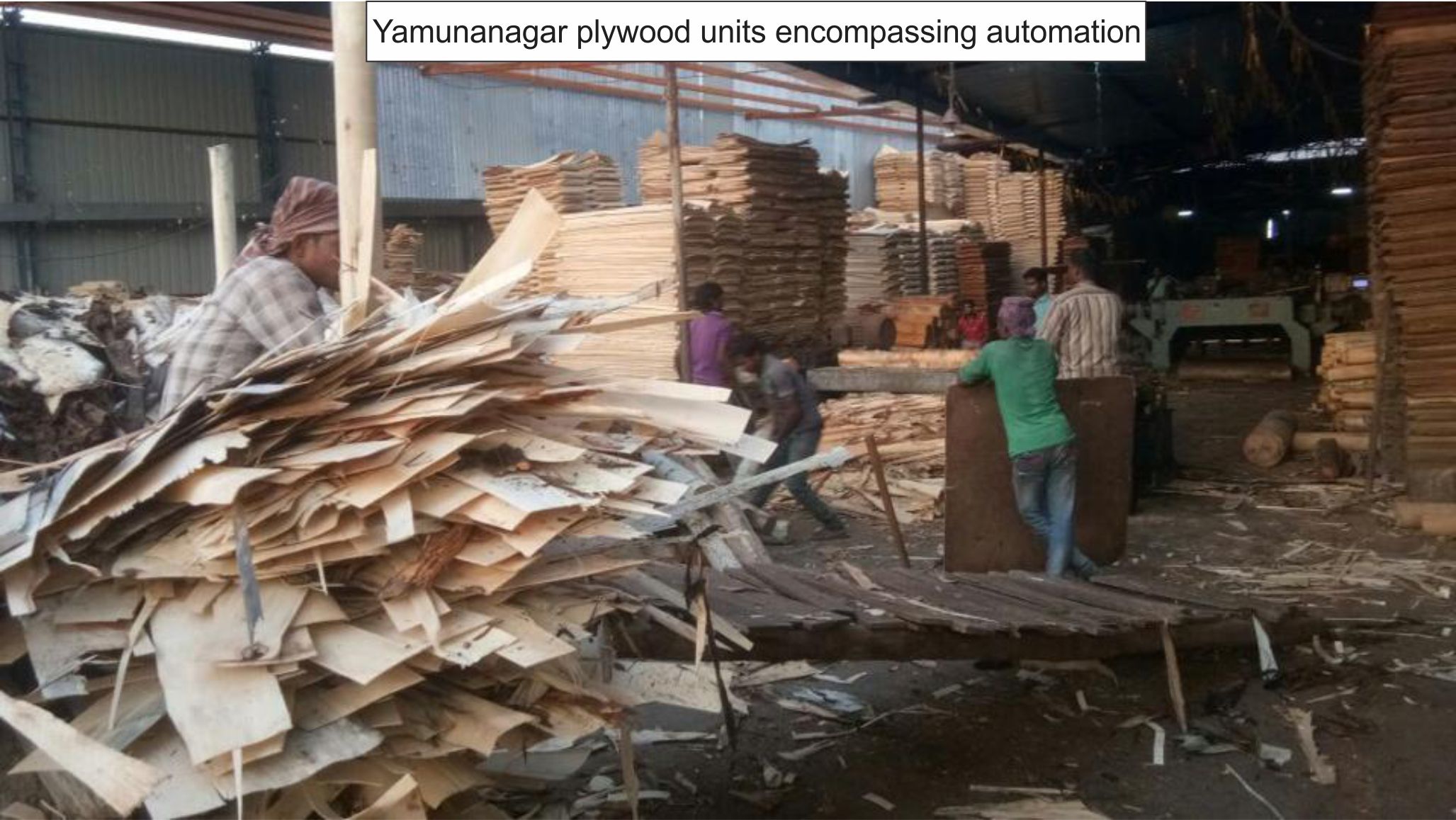 Yamunanagar is a hub for plywood industries. There are about 300-350 units there having annual turnover of  Rs.6,000-Rs.8,000 crore. These days due to rising labour costs, unavailability of skilled labours and declining sales due to doldrums in the real estate sector, many units are moving towards partial or full automation in the industry.

“At Rs 9,000 per month, the minimum wage is too high in Haryana as compared to RS 5,500 in UP. Besides, the industry has to suffer on account of labour shortage, especially during harvesting and festival season. To overcome this problem, the industry is automating certain processes depending upon their requirement and budget,” said Haryana Plywood Manufacturers Association President JK Bihani. According to sources, the industry is suffering on account of increase in the price of poplar trees, high diesel, labour and freight. “Initially, it was demonetisation and later the GST cast its shadow over the manufacture based in Yamunanagar. If these two factors were not enough, the stagnancy in the real estate sector has further aggravated the issue. As a result, demand for plywood has suffered, thereby affecting the industry,” Bihani said. This is truly assisting them in declining input cost and tackling high labour cost. Automation is the need of the hour.

HPMA Meeting A meeting was held